Give us feedback →Edit this page on GitHub →

What are Kusama and Polkadot Parachain Liquid Crowdloan?

Kusama and Polkadot Parachain slot auctions are among the most widely discussed and anticipated events in the blockchain space. They provide the winning projects with access to innovative multi-chain infrastructure while offering an opportunity for regular audiences to be involved in the vibrant Polkadot ecosystem. Through crowdloan campaigns, anyone can contribute KSM and DOT to support the bids of their favorite projects, and receive their tokens as a reward.

However, these rewards have their limitations. Once a winning project secures a Parachain slot, crowdloan participants find their tokens locked up for up to two years with Polkadot, and 48 weeks with Kusama.

Rewards from winning slot auctions are expected to become higher than Polkadot and Kusama staking rewards, which incentivizes more Parachain Liquid Crowdloan token holders to contribute their DOT and KSM tokens and benefit from a higher ROI.

Like Liquid Staking, Parachain Liquid Crowdloan has other benefits beyond liquidity and solve a general problem specific to Proof-of-Stake, as well as Parachain slot auctions: capital inefficiency 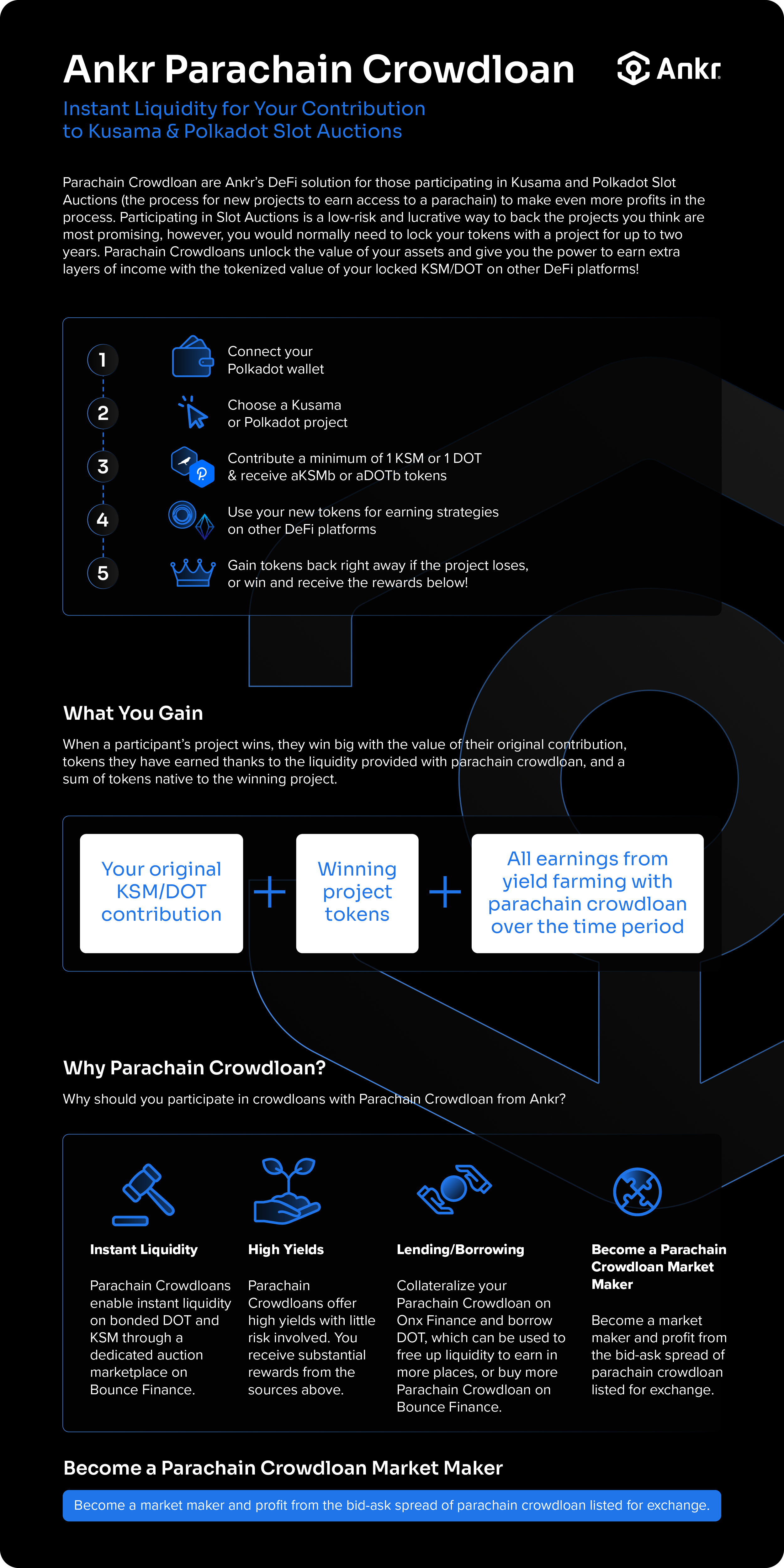